Randori – the one question to ask 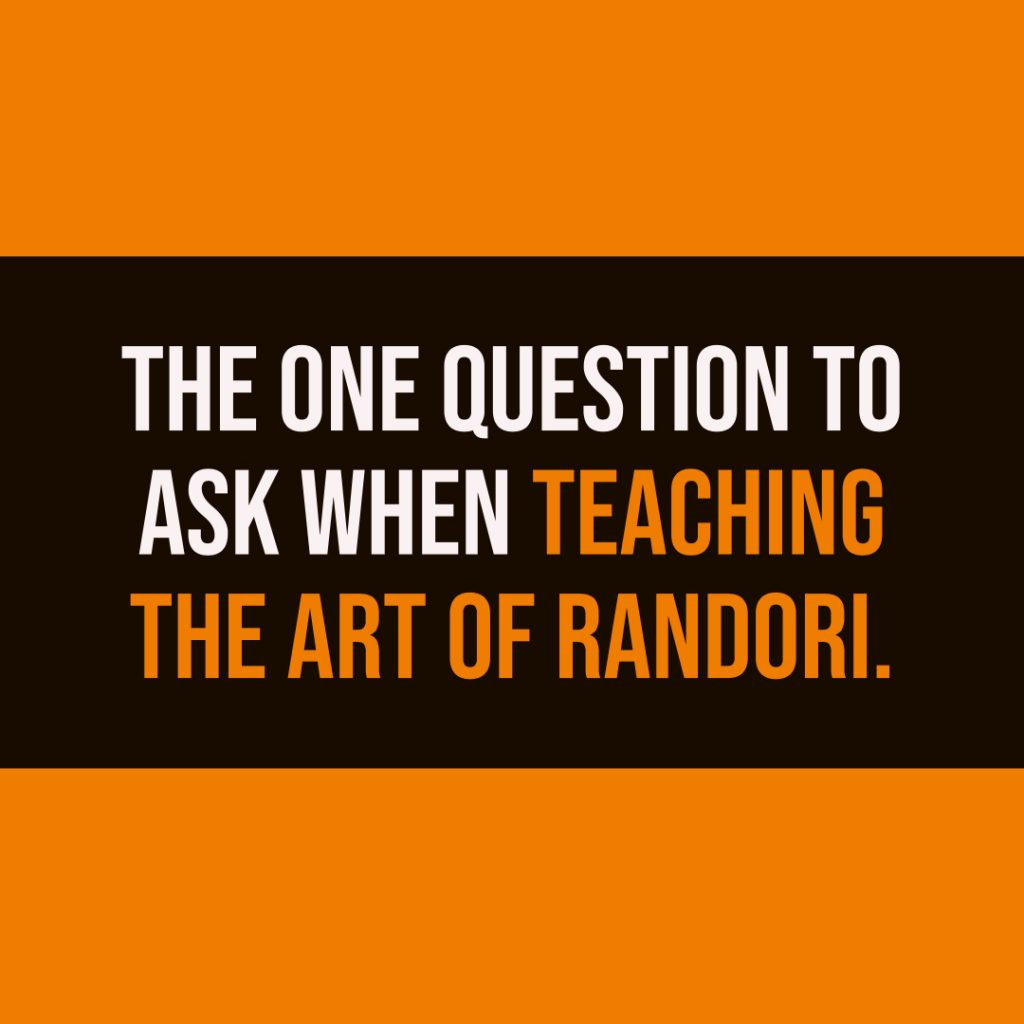 What’s the the one question to ask when you are teaching or doing randori?

There’s a lot to process during any randori. It’s imperative to have the right attitude, a proper understanding and clear objectives. I’ve found if you don’t have these in place from outset then a meaningful randori is going to be hard to achieve. By having this winning mind-set clear in your mind before you start then you are more likely to finish each randori having learnt more and ultimately become a better judoka.

The question to ask is this…

I had one simple question I would try and focus on after each and every randori: what did I learn?

It’s such a simple question, but I can’t underline how important it is.

I really don’t think any judoka should let a randori session go by without asking themselves this question at least once. It is a lesson I learnt from my judo coach Don Werner.

By placing our goal on learning we put the focus on improvement rather than winning and this distinction is crucial to long term development.

The goal of randori should be to learn.

Most people don’t set this as their goal – instead they want to beat whoever they are practising with, they aim to win when really you can no more win a randori that you can win an uchi-komi.

By focusing on winning you become reluctant to risk. The bars go up. Neither fighter attempts to attack for fear of being countered. Nothing much happens. Neither fighter learns much. Neither improves much either.

By re-focusing our goal from winning to learning it becomes easier to attack, to experiment and to progress. And in the end, win more often.

Read more ways to make judo lessons fun and memorable and this post with how to use shadow judo to improve technique.